Hello! Well we’re  nearly at the end of March now and that means we’re well overdue for the Alexcellent Summer Retrospective. But hey, this is Canberra in March, therefore still hot, and it still feels like summer to me.

There’s also the second-half of last year retrospective that I really need to get to, but I think we’ll just leave that now.

I’ll compress summer into a few words and pictures.

My Peace Lily flowered twice. Spider Boy just told me I’m “flexing on the internet” (that’s what the kids say these days) about my green thumb. And by the way, Spider Boy doesn’t want to go by that name anymore. It’s George. When I started this blog he was still four years old – last week he turned 11!

But more on that in a later post, now back to greenery…

I set up my cactus station with a glowing green cactus from Kmart (I think).

There were Canberra Christmas lights (not our house).

There was a birthday for mum very close to Christmas.

There was school holiday water fun in Sydney.

There was New Year’s hijinks with auntie Señorita Margarita,

There was a glorious new year’s beach day at Sydney’s Neilson Park. 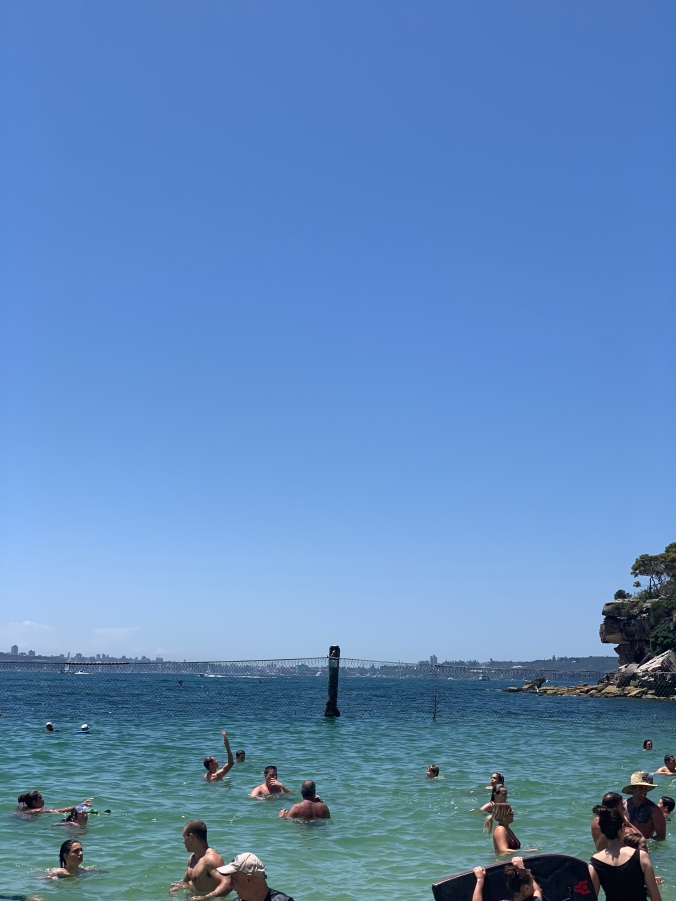 George got to work in Granny’s courtyard garden for a little while.

An outing to Mad Pizza in Darlinghurst with friends 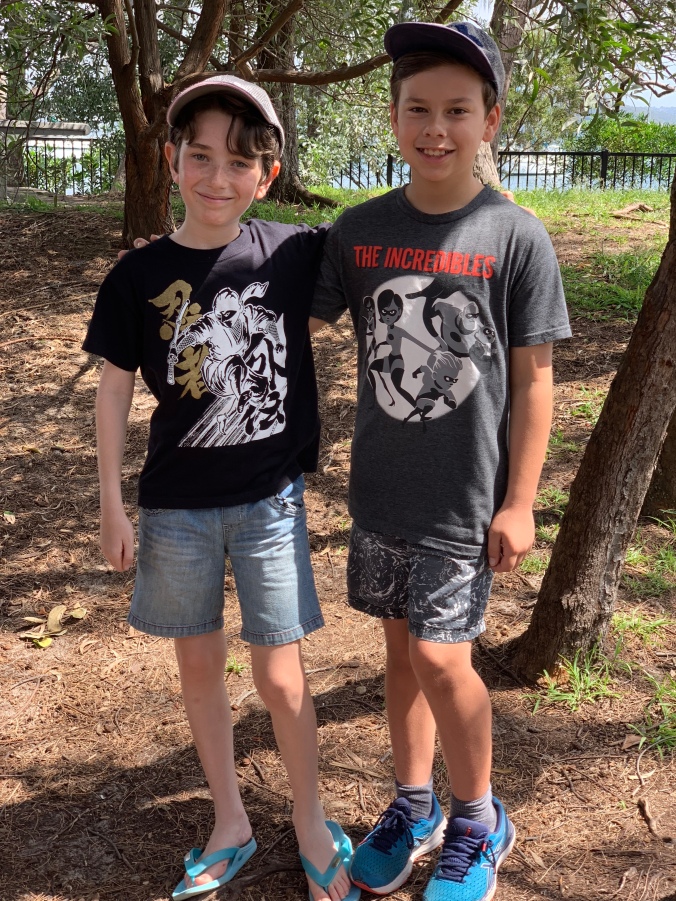 I tried to write my goals down but it’s now March and I still haven’t done that… just busy living a goal-less life where I constantly feel like I’m running to catch up with all the things I should’ve done that I haven’t done.

Maybe because I spend so much time just doing nothing, like photographing  a random passer-by on a paddle board.

I could get some wisdom from Señorita Margarita’s new book… 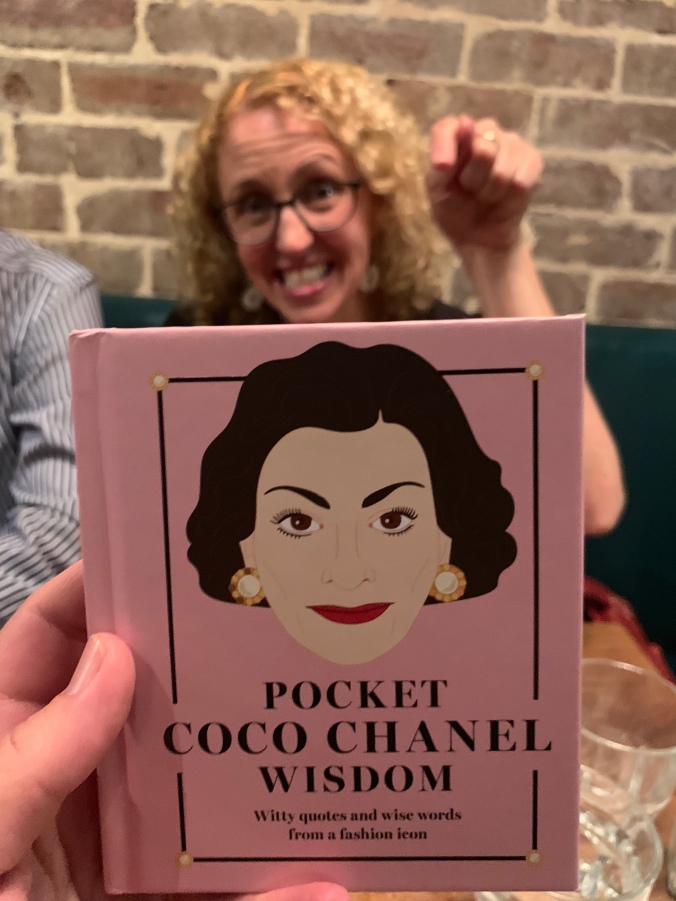 There was the bizarre choice to ice-skate at a synthetic ice rink on a 39 degree canberra day. The ice was made of a greasy wax-like substance and wasn’t cold. Wouldn’t do it again – it’s real ice for us next time!

There was lots of my beloved coffee from The Espresso Room at Woden Plaza. 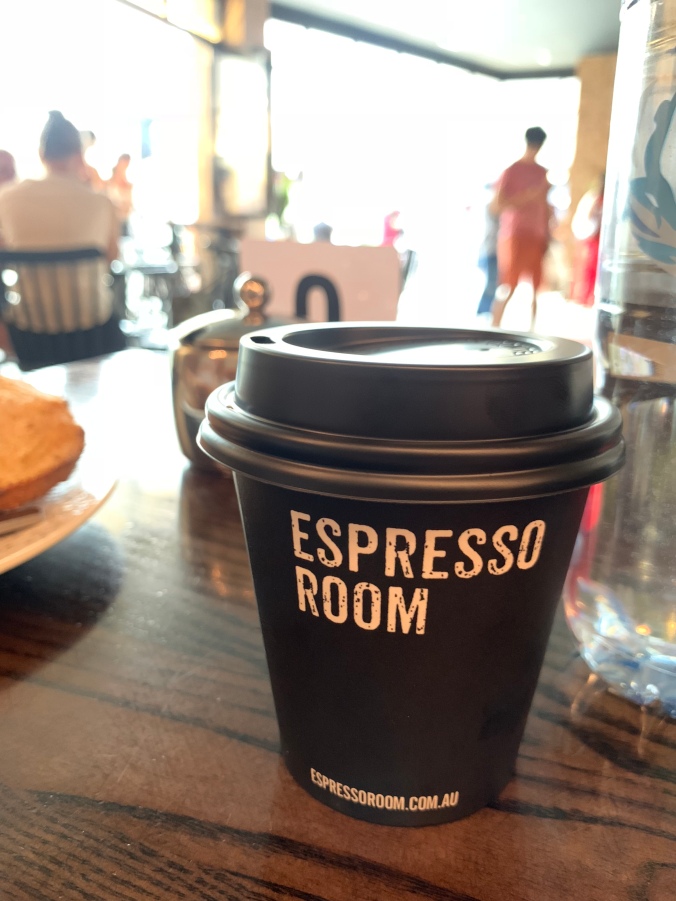 There was a half-hearted attempt at this wading pool in the front-courtyard-with-fake-grass after work.

There was the much more satisfying swimming in a hotel pool

And a yummy hotel breakfast just for a treat.

We squeezed in another quick visit to Sydney at the end of January. A determination to have one swim at Bondi Beach in the limited time we had meant turning up there at 6pm when the wind was blowing a gale… but at least we got in the water! 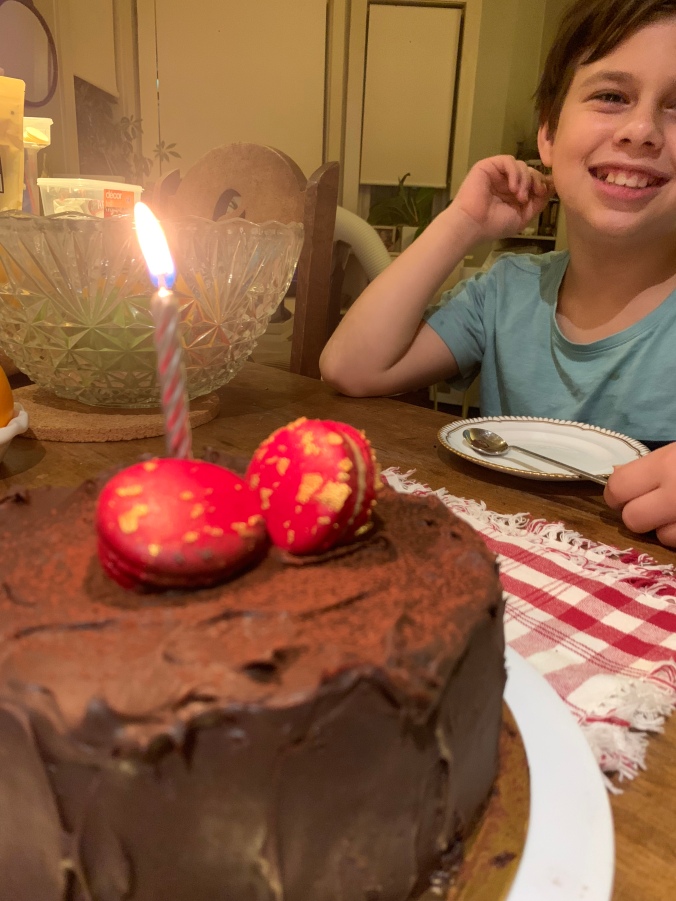 Birthday selfie with me and my boy 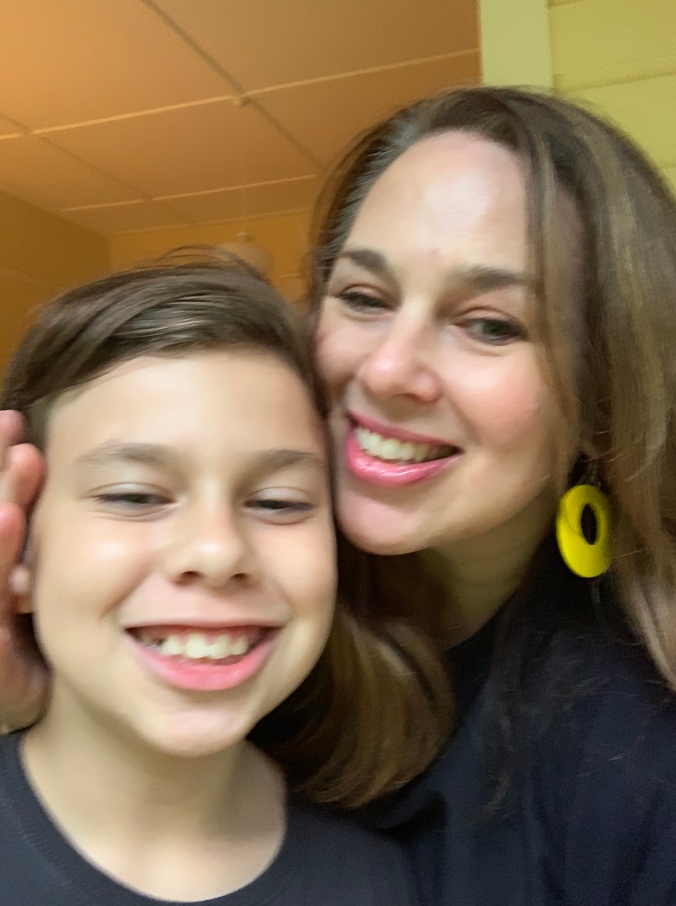 I had a second birthday cake during a quick Blue Mountains visit our dad’s place in the Blue Mountains. This one was an ice-cream cake with Marzipan kangaroos and trees! I was very lucky. 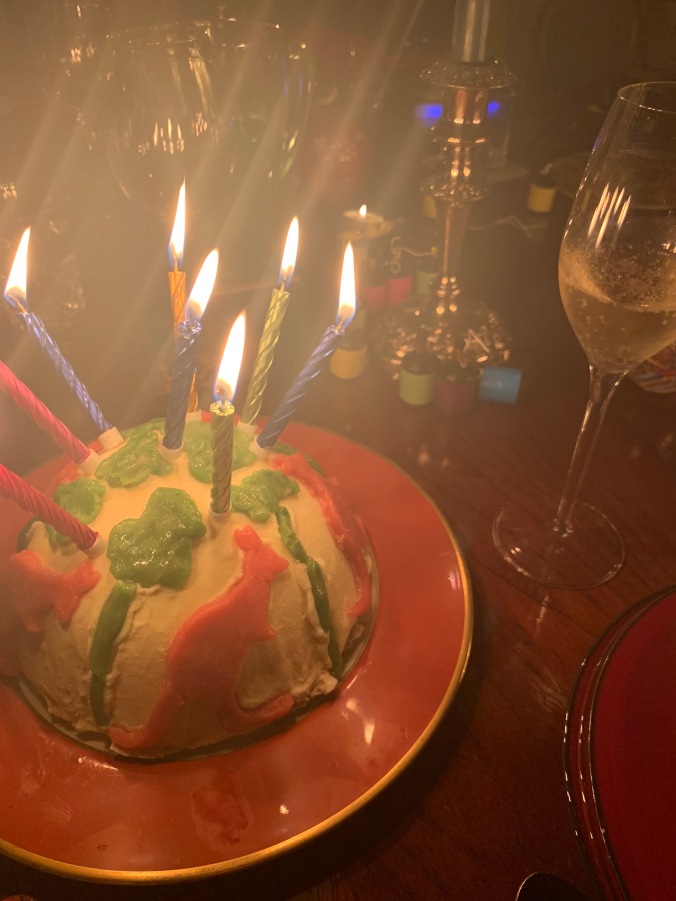 There was cosy capuccino with Señorita Margarita… 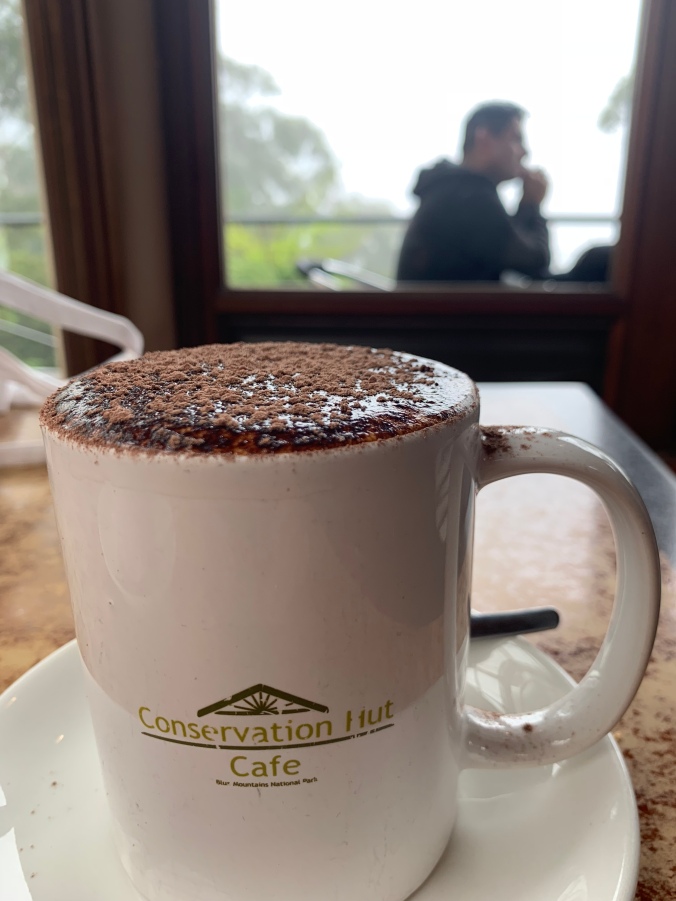 before our beautiful bush walk in the mist… 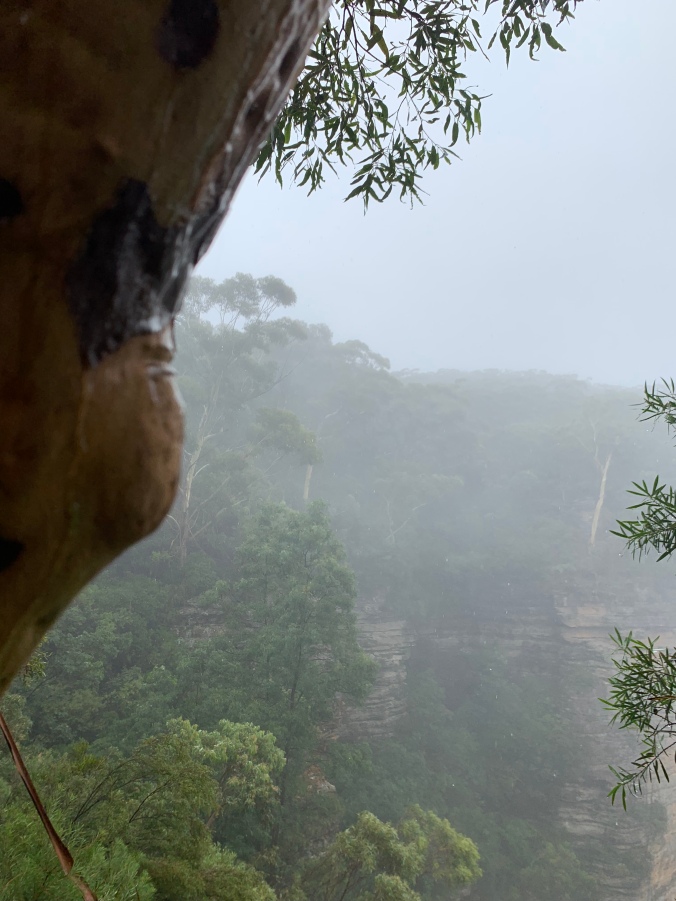 I even wore tropical-themed shorts just to get $5 off my plant purchases.  Mama’s gotta pinch the pennies where she can.

And back at work I had to confront this reptile in the car park down in downtown Tuggeranong. That’s the bush capital for you!

And that was just some of the edited highlights of the Alexcellent Life this summer 2018-19. (School uniform shopping, school stationery foraging, work and vacation-care negotiating, failed dieting, failed body hair removal and bill shuffling not pictured.)

*the friend formerly known as Lulu

**the friend formerly known as “the magician”

I'm Alex, mum to one almost-teen boy and four guinea pigs. I'm a content creator and student interior decorator. I like retro pop, winter sports, and everything about Hawaii. I have hated housework always, and maths since 1979. Read all about my Alexcellent adventures on thealexcellentlife.com View all posts by alexcellent

4 thoughts on “Summer Retrospective – birthdays, beaches, green thumbs and too much leg.”