The past week Spider Boy has been on school holidays. There have been a few playdates, outings and a birthday party to go to, as well as a bit of quality screen-time. There have been ideas for craft – we may get to some of that today. Haven’t baked anything yet. But I have tried my hand at some furniture-assembling. A book case specifically. It all looked so promising when I bought the box with a picture of a book case on it from a chain-store. I read the instructions…

but… furniture disaster! I didn’t know when I purchased this slim box with the promise of a book case inside, that I would require a mallet (among other things) to put it together. What’s the difference between a mallet and a hammer anyway? I saved the hammer for the nails in the packet and utilised a 2kg dumbbell to “hammer” the dowels into place.  And here is the result…

Ta da! Yes, this is what I saw after “hammering” the underside when I turned the case the right way up. Oh well, we can still use it. But I think next time I’ll buy something chic and second hand, like Sandy from Urban Rustic  would suggest. And as for the nails? I couldn’t figure out where they were supposed to go once the screws were in. Let’s just say I won’t be putting anything too heavy on this “book case”.

In other, more fun news, my father returned from Italy with perfume for me, quality monogrammed towels for Spider Boy as well as the rather excitingly named “Badewasserfarber”, which means “Bath water colour” in German. Spider Boy was so excited to test out the Badewasserfarber, that he had two baths in one day, something that has never happened in his life until now.

We have had some lovely winter weather for park outings. 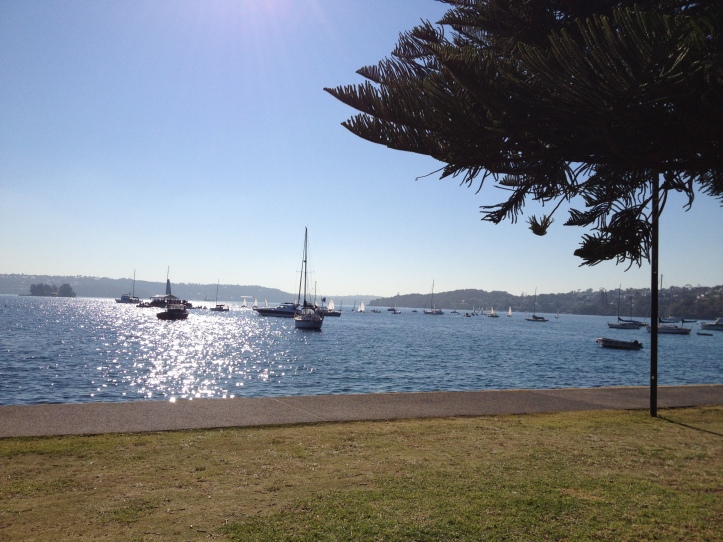 We bought jonquils, one of my favourites. The fragrance is a little boost of happy every time I walk past them. 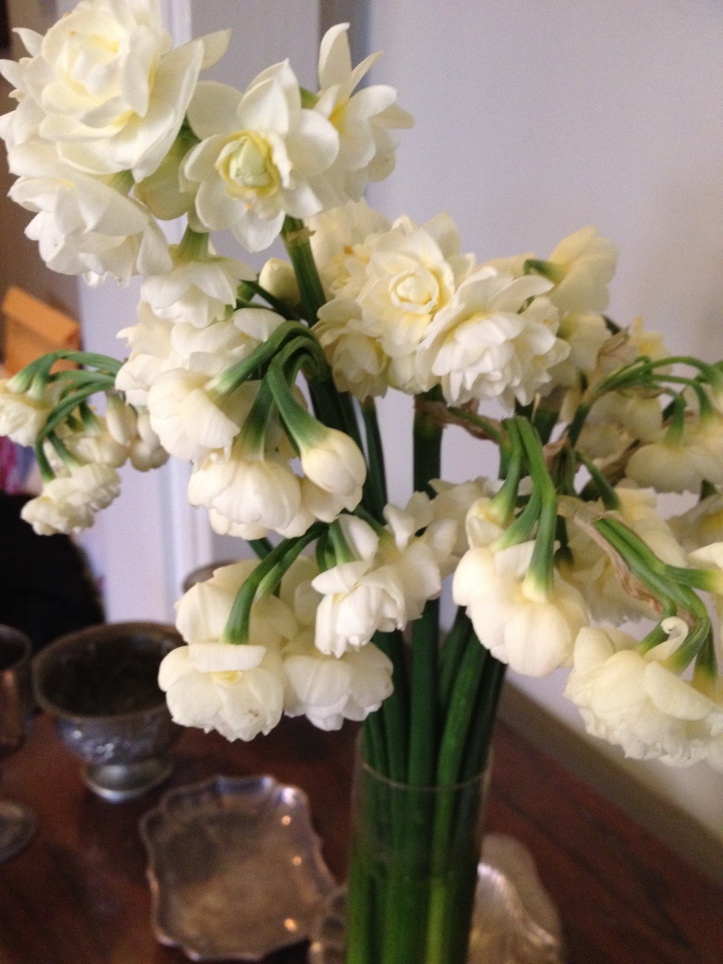 And on the weekend, Spider Boy and I went to Luna Park with Lulu, Mr M and their son, the Magician. The boys loved it and it brought back many memories for the adults.

Have a good one!