As Winter marches on new ideas are brewing in my head about the direction of The Alexcellent Life and ideas for entirely different blogs are taking shape.

In the meantime, while I’m plotting and planning, I want to share some highlights from previous weeks.

We have been doing so much since we moved to Canberra, along with work and school, that I’ve been having trouble making time to document it all. So even though we’re now in the middle of Winter and I feel like I’ve been behind all year, I wanted to showcase some Autumn highlights. Click on the pictures for captions. It will be Winter’s turn next post.

Lulu came for a visit and we took her to the Patissez store in the city. I had vowed NOT to have a Freakshake, as the three we ordered when Senorita Magarita came to visit was too much. We ordered one and it was easily enough for the three of us.

We also ordered a proper lunch this time. It was so long ago I can’t remember exactly what I had, but sweet potato fries were involved and I remember they were amazing. 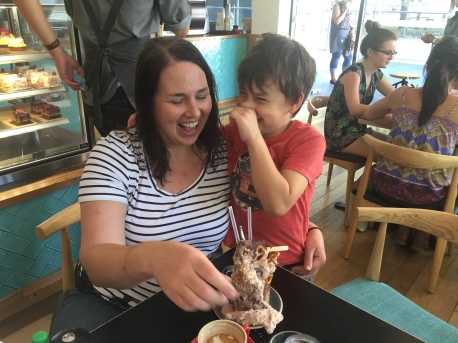 “See, Spider Boy? We have laughs!” 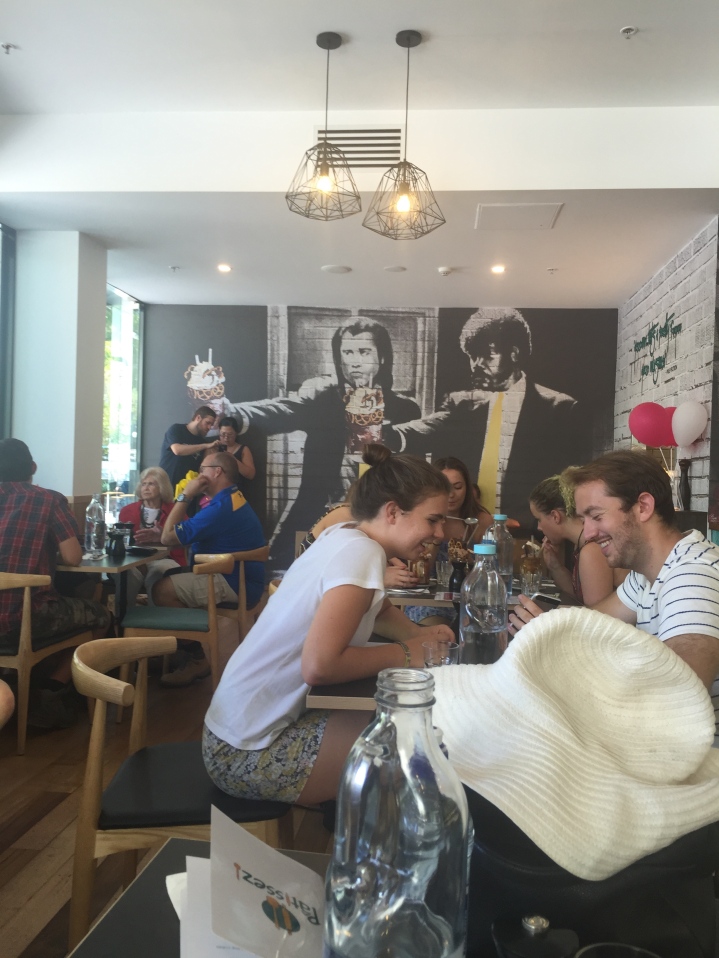 That night after popping some champagne at home, we went to Canberra’s annual Enlighten festival – like Sydney’s Vivid, except not, but still good in its own Canberra way. We were intrigued by the idea of  a “Dark Disco” at the National Portrait Gallery… but once we discovered the little room where the disco was, we found it was more like a blue light disco. But it was free.

popping the champagne before we leave the house

Dark days of disco… and a rabbit, and some thing with a horn. unicorn? couldn’t work it out

flock of cockatoos on the walk to Woden plaza 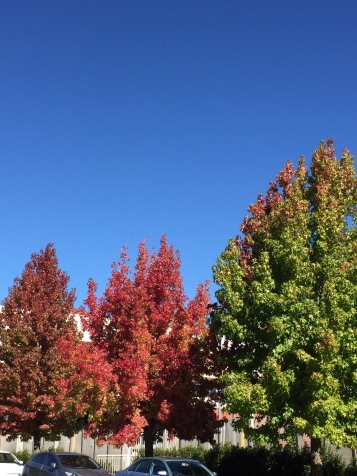 vintage-look bicycles outside ‘On the Rivet’ bicycle shop in downtown Tuggeranong.

At the end of Autumn I finished up a work contract and began another one. My colleagues gave me this beautiful hanging basket of petunias. I was warned to actually hang it, rather than just leave it on the ground other wise the frost would get it.

It’s fared surprisingly well – it does droop on frosty mornings but seems to recover quite well in the sun. 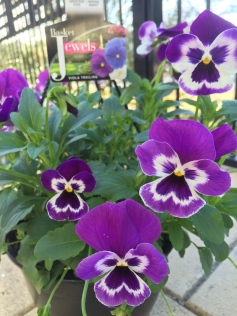 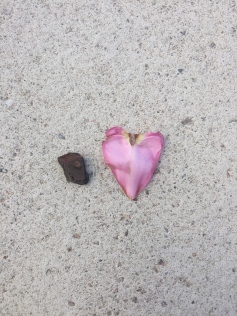 I went to the Southside fresh food markets and found these beautiful cabbage flowers. And my rough and tumble Spider Boy found a heart shaped petal and a piece of bark and told me it was a heart next to a skull and crossbones, which was a logo he used to add to every drawing he did when he was four. The heart represents me and the skull and crossbones represent him (he came up with that). 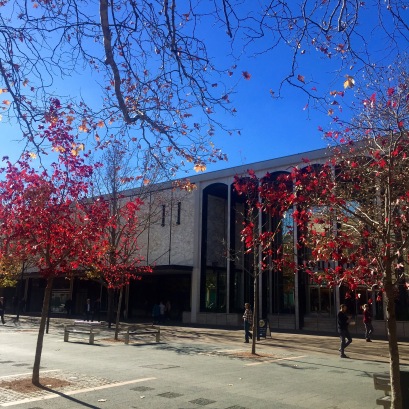 The blue skies and red leaves together look stunning 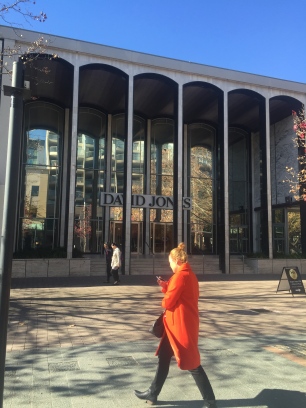 I started a new job in Canberra’s CBD. It is a nice change to be working in the city, but a bit dangerous as I’m close to lots of exciting shops! But I really have needed to create my Winter wardrobe here in Canberra. Because the longer I’m here the more I realise Sydney doesn’t actually have a Winter. I wasn’t prepared clothes-wise. But at least I have a reason to wear my old leather gloves now!